Why blog on biotechnology?

The 21st century is hailed as the century of biological sciences, particularly biotechnology which is revolutionizing all aspects of our lifestyles from food to agriculture, environment, industry, and healthcare and medicine. Biotechnology is changing the terrains and landscapes of these fields to enhance the quality of life and environment. Countries are racing to embrace this powerful tool to create wealth though innovation. Malaysia is not spared as the government has pledged it strong commitments to develop this sector.

However, we are lagging behind many nations which seriously points out that the current efforts put into this area are insufficient or ineffective. Many constraints and hurdles are faced by those involved in the biotechnology sector. Lack of funding, grants, expertise, pool of skilled workers, experience in commercialization, collaboration between scientists and the industry, and commitments from venture capital and bankers are some of the glaring constraints and hurdles faced. This is coupled with the anti-technology movement spearheaded by activists, environmentalists and consumer groups. Sentiments such as anti-technology, globalization, and monopolization by certain multinational companies have been planted into the minds of the general public.

This phenomenon is further magnified by the resistance of the media to publish or air more news on science and technology. Often negative news on biotechnology captures the headlines, which is further sensationalized by the media to gain the attention of readers. This certainly does not augur well with our aspiration to make Malaysia a global biotechnology player.

This blog aims at providing a platform for all stakeholders, including general public to read and discuss the issues plaguing the biotechnology sector in this country and counter the negative and unfounded accusations hurled at this powerful technology. It is hoped through this blog, the public will have better understanding of the technology and raise valid concerns over the implication of the technology.
- Mahaletchumy Arujanan
Posted by MABIC blog at 11:17 AM

MABIC blog
The Malaysian Biotechnology Information Centre (MABIC) was set up in June 2000 to bridge... click here for more 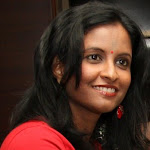 Mahaletchumy Arujanan is the Executive Director of MABIC who is a trained scientist with a Bachelors degree in microbiology and biochemistry and Masters in biotechnology. She realized she is not cut out to be a scientist as she likes to meet and talk to people instead of sitting at the laboratory bench. She has a soul of a communicator trapped in the body of a scientist 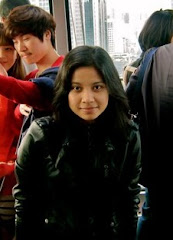 Shamira is the Project Manager at MABIC. Writing is not her forte. But she has hard time saying no! Follow @Shamira_MABIC